Trends to Watch For in the Auto Industry 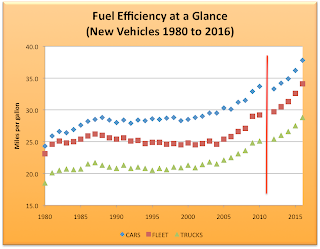 As most of our regular readers and followers know, from time to time, we here at Pumpkin Cars in Egg Harbor Township, NJ like to keep our customers informed on current industry trends, general auto shopping and also auto care tips.  We want to touch a bit today on how automakers are gearing up to meet the new fuel efficiency standards set to be in place in 2016 which will require that all new vehicles average 34.1 miles per gallon.  J.D. Power and Associates forecasts that next year 51 percent of all vehicles produced will carry four-cylinder engines, while V8's will fall to just 17 percent and six-cylinders making up the rest.  With the American consumers' love of trucks, SUVs and powerful sports cars some may wonder how this will be accomplished.  The short answer is: technology. The technologies that are being developed and those that are already in place will make it so that a die-hard V8 lover will notice less and less of a difference as engineers find ways to extract more power from a four-cylinder. 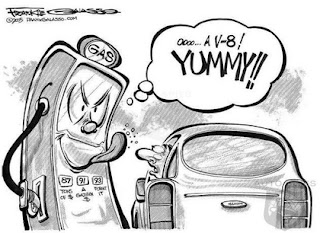 The four major developments that will impact the engine are direct injection, variable valve timing, electronics and turbocharging.  Direct injection shoots fuel directly into combustion chamber instead of it's intake manifold which will result in cleaner, more efficient combustion.  Variable Valve Timing has to do with the speed of the engine valves opening and closing.  Instead of the valves only opening and closing at one constant speed VVT allows the timing of the valves to change depending on the RPM's which will increase performance and efficiency.  Electronics are changing a lot about how cars are engineered.  Electric power steering replacing a traditional power steering hydraulic pump is one example that will increase fuel economy.  Last but not least is Turbocharging which can be a touchy subject for someone that has been burned by a turbocharged engine in the past (not literally burned).  Today's turbos are much more efficient, won't lag are more compact and have better water based, as opposed to traditional oil based, cooling systems and are now covered for eight years or 80,000 miles by a federal emissions control warranty.
All of these improvements combined with counter balance shafts, improved engine mounts and better sound deadening will have you wondering what size engine is under the hood of a car you just test drove.  One final example is Ford's new twin turbo EcoBoost four-cylinder, 2.0 liter engine featured in the 2012 Explorer which produces more horse power and almost the same amount of torque as the V6, 4.0 liter engine in the 2010 Explorer, as well as an incredible 26 percent improvement in fuel economy.
Email Post