URGENT RECALL!! IT IS CRITICAL THE REMAINING UNREPAIRED VEHICLES BE FOUND AND FIXED !!

NO ACT OF KINDNESS -no matter how small- IS EVER WASTED 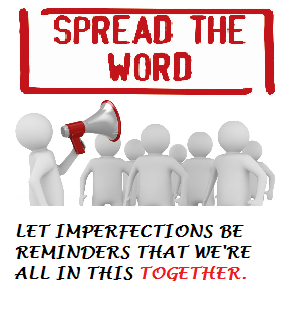 The National Highway Traffic Safety Administration released an urgent alert on
model year 2001-2003 Honda and Acura vehicles
equipped with defective Takata airbag inflators,
urging their owners to have the vehicles repaired immediately.
NHTSA said new test data on the vehicles has shown a far greater risk of ruptures during air bag deployment than previously believed – as high as 50 percent in some cases – prompting the agency's urgent call for any unrepaired vehicles in the affected population
to be found and fixed before they cause further injuries or fatalities.
The higher-risk vehicles include:
· 2001-2002 Honda Civic
· 2001-2002 Honda Accord
· 2002-2003 Acura TL
· 2002 Honda CR-V
· 2002 Honda Odyssey
· 2003 Acura CL
· 2003 Honda Pilot
NHTSA and Honda are asking for your assistance to find and fix the remaining unrepaired vehicles.
Visit SaferCar.gov to check whether your vehicle has any outstanding safety recalls. If it does, please contact the nearest authorized dealer to schedule a no-cost immediate repair. Replacement parts for these vehicles are available immediately.
NHTSA said the airbag inflators in those vehicles contain a manufacturing defect that greatly increases the potential for a dangerous rupture when a crash causes the airbag to deploy.
Ruptures are far more likely in inflators in vehicles that have spent significant periods of time in areas of high absolute humidity – particularly Florida, Texas, other parts of the Gulf Coast and Southern California. Testing of the inflators from those vehicles show rupture rates as high as 50 percent in a laboratory setting.
The vehicles were recalled between 2008 and 2011. Honda has reported more than 70 percent of the higher-risk population of vehicles has already been repaired, but approximately 313,000 vehicles with the very dangerous defect remain unrepaired, NHTSA said.
The risk posed by the airbag inflators in these vehicles is grave, the agency said, and it is critical they be repaired now to avoid more deaths and serious injuries.
Though the vehicles are already under recall, NHTSA ordered Takata to perform additional ballistic testing following recent reports of ruptures. Eight of the 10 confirmed U.S. fatalities due to Takata ruptures – including the most recent in Fort Bend County, Texas – were among this population of vehicles.
Honda has committed to immediately taking additional actions to enhance their efforts to find and fix recalled vehicles. Honda will provide additional information about their efforts. NHTSA has also directed Honda to report weekly on the progress of vehicle repairs.
NHTSA is also expanding its own direct consumer outreach, including a paid media campaign and a series of outreach events in high-risk areas this summer. NHTSA has also engaged the vehicle insurance industry to help locate the unremedied vehicles .
Email Post
Labels: acura car safety honda Pumpkin Cars pumpkin cars at english creek recall safe driving safety first spread the word urgent recall